This Is Lake Eyre 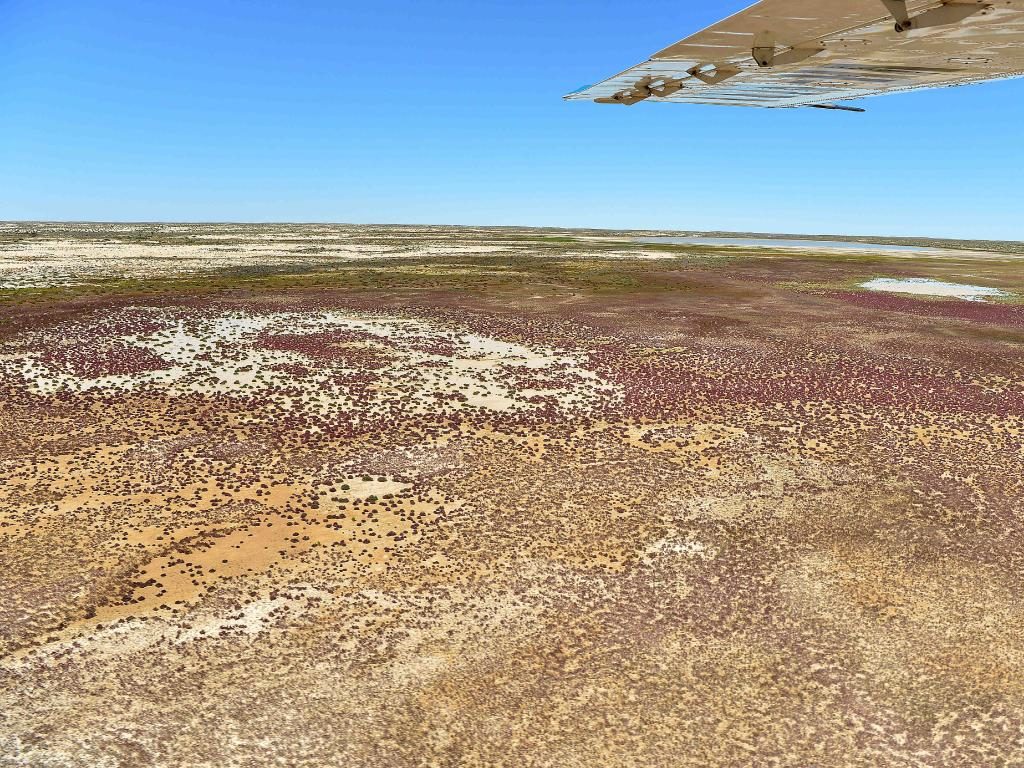 Heavy rain comes for a few days, then the lake dries up and as the water evaporates its salinity increases again. In that occasion, you might have the chance to catch a glimpse of pink on the lake. 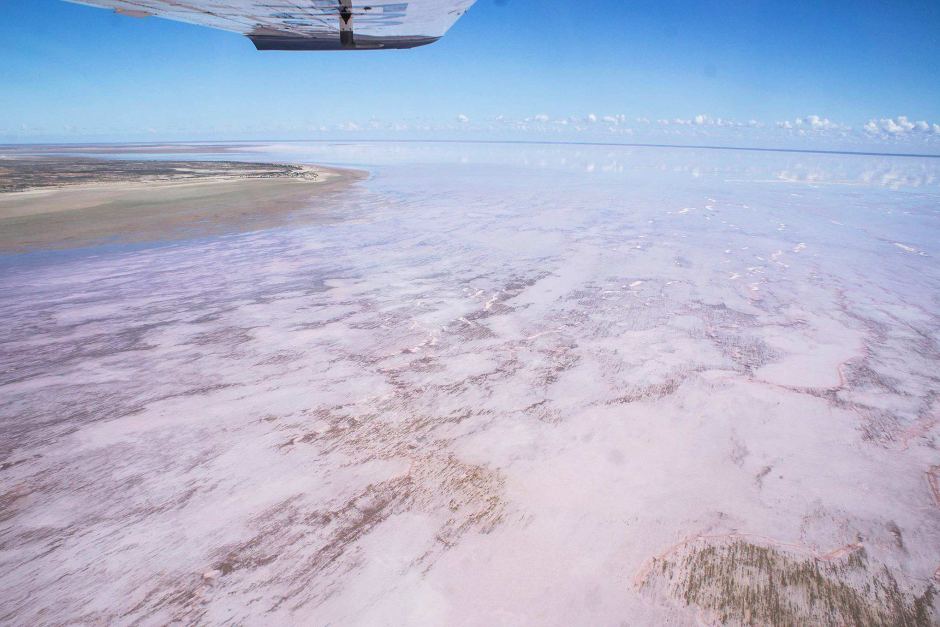 Lake Eyre gets a small (1.5 m) flood every 3 years, a large (4 m) flood every 10 years and fills an average of only four times each century! The water in the lake soon evaporates with a minor or medium flood drying by the end of the following summer.

In October 2016, Lake Eyre was considered to be at its “magical best”. 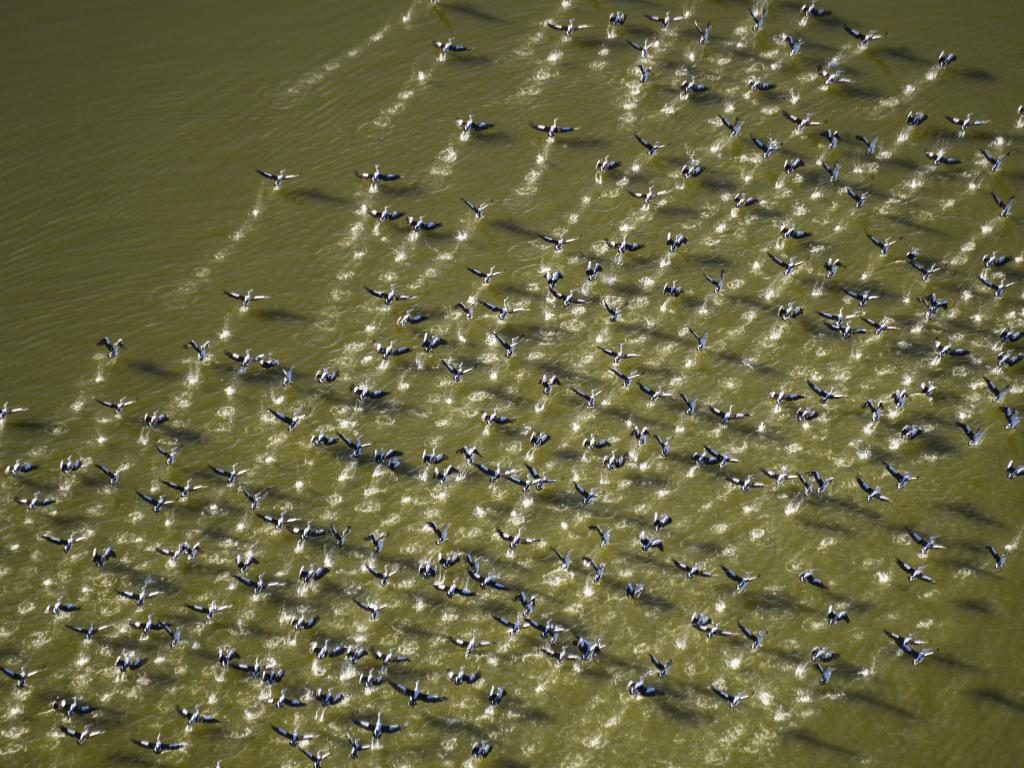 It’s therefore practically impossible to predict what Lake Eyre will look like, everything depends on the rainfall. Here’s a look at October 2017 (current status):

Pelicans and banded stilts are drawn to Lake Argyle. During the flood in the 1990s, it was estimated that 200,000 pelicans (80% of Australia’s total population) came to feed at Lake Eyre. How can these birds detect the filling of the lake, hundreds or thousands miles from their Lake Eyre? The answer is still a mystery for scientists.

A Region of “Magic”

The first explorers of Lake Eyre said it was “glittering and brilliant beyond conception”. It’s interesting, because even today, walking at Lake Eyre, feels like walking on the moon! Maybe the feeling comes from the immensity of the place, it would be so easy to get lost, even the explores thought it was all “uncertainty and conjecture”. The explorer Madigan, was fascinated by the lake and returned many times, talking about the “spell of Lake Eyre”.

As for the Aboriginal people in the area, they often avoided Lake Eyre. The story behind the formation of the lake, in Aboriginal culture is the following: “An old woman was hunting and saw a huge kangaroo in the distance. Wilkuda, a young boy jumped out of her belly and chased the kangaroo to the west. When his spear finally struck it he thought it was dead and put it on his fire and went to sleep. When he awoke the kangaroo had gone. Wilkuda tracked the kangaroo for many days. As he travelled, his path crossed that of an old man with his dog. The kangaroo was finally killed with the help of the dog and Wilkuda gave the old man the meat for he only wanted the skin. Wilkuda took the skin back to the east and, east of Anna Creek, he threw the skin down. The skin then changed, becoming Lake Eyre. Wilkuda can still be seen as a boulder on the shore of the lake he made“. (Source: Australian Dreaming: 40,000 Years of Aboriginal History, Ed. Jennifer Isaacs, New Holland Publishers) 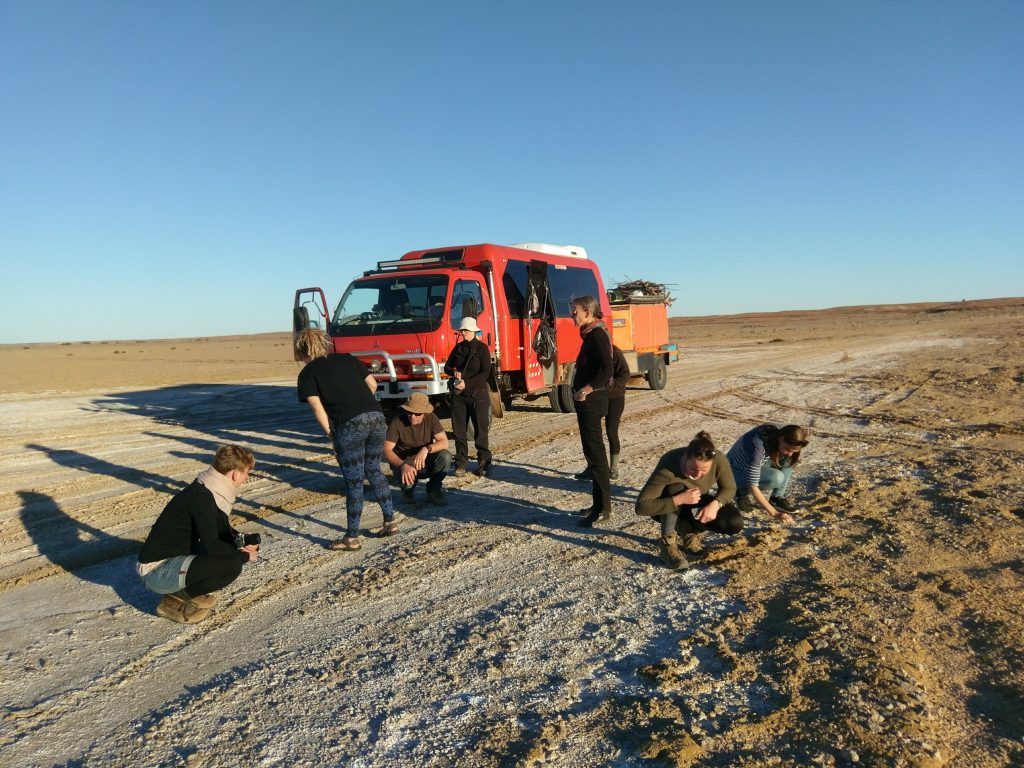 In 2015, a study was published by the MONASH University regarding the future of Lake Eyre. The research predicts that in “30 million years from now, when Australia has moved about 1500km northwards, the fossil slab will be located below the Southern Ocean and, as a consequence, the Lake Eyre Basin and Murray Darling Basin will cease to exist”. 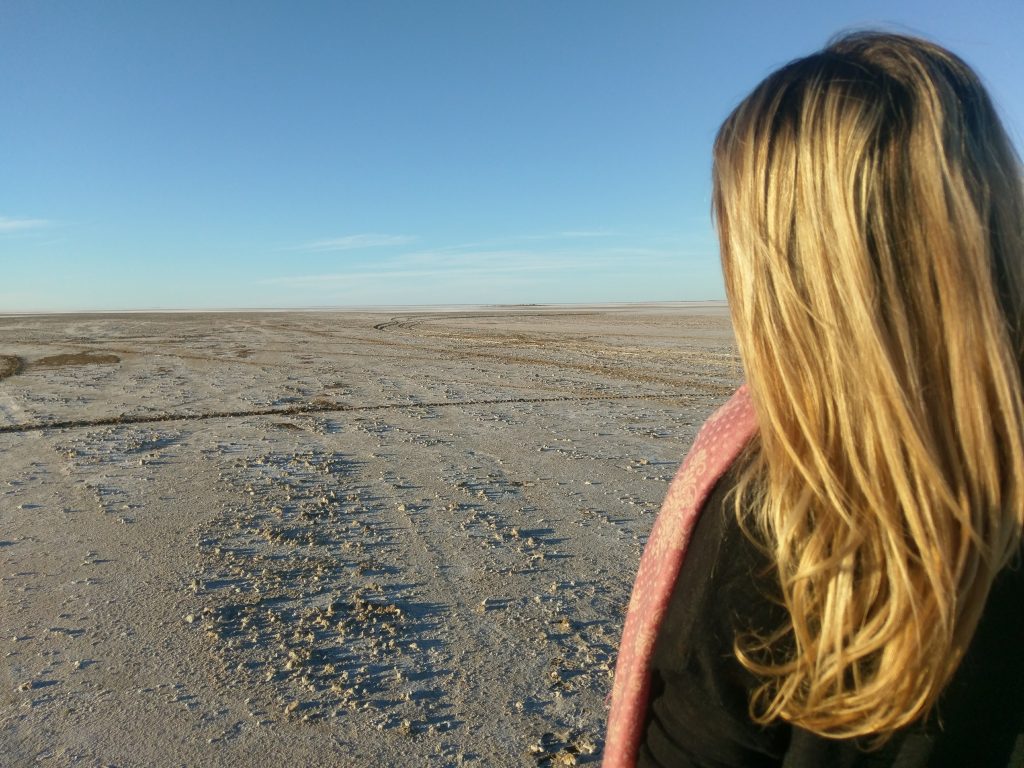 If you want to visit Lake Eyre, via the Oodnadatta Track, you might found the following information interesting. There are three places to see it: 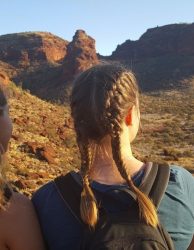 This Is Palm Valley: A Hidden Gem in the Outback